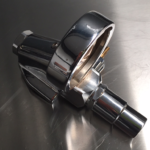 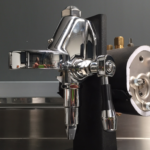 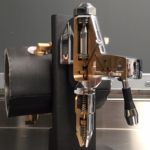 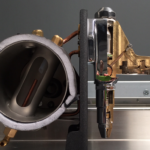 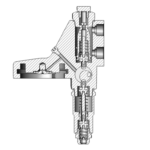 Not only was the E61 the first heat exchanger machine, meaning that fresh water was used for making espresso instead of boiler water. It was also the first to integrate a pump to create pressure rather than using a hand operated lever.

Since 1961 and for many years the E61 became the industry standard.  Its popularity, simplistic looking design became iconic. It has now achieved legendary status. The brew group itself weighs in at 4 to 5kg. The E61 is made of solid brass. The heat exchanger and a Thermosyphon system circulate hot water through the brew group, keeping it constantly heated.

Brew group technology has advanced since the E61, but the E61 still holds this famous status, traditional, iconic design, simplicity to use and ability to pre-infuse that leads to a perfect espresso. As a result E61 groups have become a desirable piece in a single group coffee machine for high end home use.

Fresh from the blog

Bella Barista and The Roastery - All Rights Reserved.

Bella Barista and The Roastery